With her infamous kidnapping almost a decade behind her, Elizabeth Smart is making the transition from news story to newswoman. The survivor has signed on as an ABC News consultant and will weigh in on missing children and missing persons cases for Good Morning America and possibly Nightline.

“She’ll help our viewers better understand missing person stories from someone with the perspective to know what a family experiences when a loved one goes missing,” ABC News spokesperson Julie Townsend told THR. 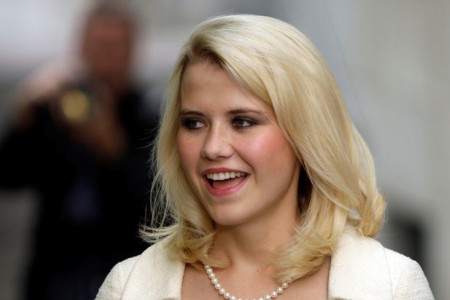 Though Smart’s own ordeal will color her view, she will not be talking about her eight-month abduction, which involved being restrained, raped and forced into polygamous marriage at the age of 14 by warped Mormon zealot Brian David Mitchell in 2002. “This is definitely not about looking backward and telling her story, which has been well told and retold,” Townsend said.

Word is Elizabeth Smart will be on the air within the next few weeks, but some are theorizing that with the Casey Anthony case still buzzing, Smart could be seen on GMA or another ABC News program as early as next week.

Some news outlets are also questioning what this 23-year-old music student can bring to ABC News, but SheKnows thinks the network already has its case made. Smart has already been on a mission to use her horrifying experience to help others through television appearances and her work as a children’s advocate and does, unfortunately, have first-hand experience from which to pull.

What do you think of Smart’s new gig?