Comedian Artie Lange wants his job back — will he return to the Howard Stern show? 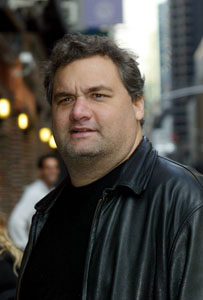 It’s been a rough couple of years for comedian Artie Lange. First he tried to commit suicide, then he shut himself up in a Florida rehab for months. He’s come out the other end alive — and now fans want him back on the Howard Stern show.

How does Artie feel about it? “That would be the greatest thing ever,” he said on a Fox Sports radio show last night.

Will it happen? Probably not.

“Listen, I was on the greatest show of all time for about nine years,” Lange said, “and I put them in a very awkward situation to say the least, so, what am I gonna do?”

“But I love them all and they were great to me. I appreciate it.”

Howard Stern said pretty much the same thing a few months ago. He told Rolling Stone back in March, “[Lange] said to me recently that he would be willing to come on the air and explain what happened and stuff.”

“I don’t even feel strong enough within myself or that I’d be doing the right thing by him, because I don’t want to do the wrong thing for Artie. I just want Artie to stay alive.”

“Finding Artie was a great joy,” Stern said. “But Artie’s demons got a hold of him, and I’m probably the last one to really have realized what he was going through. To me, Artie was coming in and doing his job and he did it so well that I really didn’t think he had a problem. Toward the end, I got it. You’d have to be blind not to see it. But I’m not a drug guy, really. Early in my life, I took drugs, but I’m very naive about it. Maybe I just wanted to have blinders on, I don’t know.”

In other words, don’t hold your breath.

Check out more celebrity drinks, drugs and rehab on SheKnows