The moment is finally here. Harry Potter and the Deathly Hallows Part 2 is having its world premiere in London. Fans lined up a day ahead of time to watch Daniel Radcliffe, Emma Watson and Rupert Grint say goodbye to their wizard alter egos. 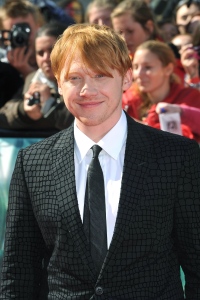 This afternoon, London’s Trafalgar Square has been turned into the one-stop shop for all things Harry Potter. Aside from the presence of Daniel Radcliffe, Emma Watson and Rupert Grint, co-stars Ralph Fiennes, Michael Gambon, Warwick Davis, author J.K. Rowling and many more are taking to the red carpet.

The world premiere of Harry Potter and the Deathly Hallows Part 2 officially began at 4 p.m. BST and they’re going out with a bang. The franchise has grossed over $6 billion worldwide and has taken viewers on a magical journey that’s lasted a decade! Not many franchises can pull that off.

Deathly Hallows Part 2 is the big finale that’s literally been years in the making. When the series began, star Daniel Radcliffe was only 11 years old, and he’ll be turning 22 a week after the last film opens in theaters.

The movie debuts on July 15 and after that there will be no more. It will be the first time in 10 years that we won’t have another Potter movie to look forward to. Will you be able to keep it together after that?