Charlie Sheen is set to appear with MC Hammer and Flavor Flav at the Gathering of the Juggalos in August.

First it was MC Hammer who said yes to some “Juggalo Time!” later this summer at the Gathering of the Juggalos in Illinois. Now, Mr. Adonis DNA himself, Charlie Sheen, will appear at the four-day Illinois event on August 13. 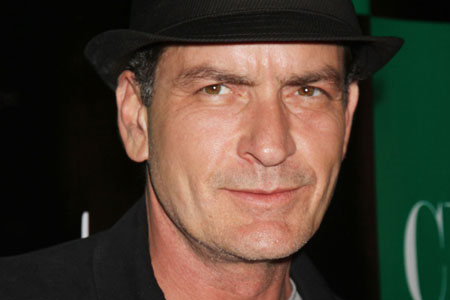 The Gathering of the Juggalos — an event put on by the Detroit hip hop duo Insane Clown Posse — told TMZ that Sheen actually approached them about appearing. They figured they couldn’t afford Sheen’s appearance fee.

However, Sheen is “so into the message of the festival” that they ultimately agreed on a “reasonable amount” for his appearance.

Something tells us Sheen is looking to get some cash, especially since he put his Sober Valley Lodge on the market earlier this year. Plus, maybe he can find a new goddess or two among the thousands of Juggettes that descend on the festival.

So, what is the Gathering of the Juggalos?

The Onion AV club described them as “a misunderstood, heavily tattooed young people from under-resourced neighborhoods who get together every year to smoke weed, drink cheap beer and cocktails of Faygo and grain alcohol, and live for four days and nights in an upside-down universe where Insane Clown Posse is the most popular band in the world.”

Avid Juggalos swear by the lifestyle.

“Even before I knew what a Juggalo was, they had always been great people… If you’re doing a show and someone throws faygo at you, its concidered (sic) to be a good thing. The Insane Clown Posse started that tradition 15 years ago,” one fan said.

We’ll take their word for it.