A close friend of George Clooney and Elisabetta Canalis says the pair’s romance was real and ‘intense’ — but he knew it wouldn’t last from the start. 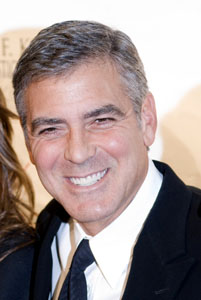 The man who introduced Elisabetta Canalis to George Clooney says the relationship was not a cover-up for some secret gay lifestyle and that the couple’s love was “very intense” — but he knew it wouldn’t last from the get-go.

“I know about their relationship because I was the one who got them together. George wanted to meet Elisabetta and he asked me to make the introductions,” said TV presenter Manuele Malenotti.

“I did as he asked but inside I always knew that it wouldn’t last — to be honest I was expecting it. You will have to ask them for all the specific reasons.”

And PS — the relationship wasn’t a publicity stunt.

“To suggest it was a publicity stunt is a lie,” Malenotti said. “I introduced them, I saw them together and I can say that their love story was very intense. In two years they shared numerous moments.”

“I can also tell you that I have known George for 10 years, I have spent a lot of time with him and a lot of women have passed through his life. You never know in life, and men are having an identity crisis but I can tell you George is not gay.”

Clooney and Canalis broke up last month after two years together.