Charlie Sheen could be headed back to TV in a small screen adaptation of Anger Management. 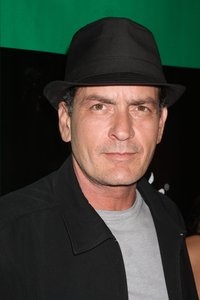 Charlie Sheen might be facing anger management head-on — in a television show.

According to The Wrap, Charlie Sheen could be headed to a new TV series titled Anger Management, which is based on the 2003 movie starring Adam Sandler and Jack Nicholson. Word has it, he’ll put his own stamp on Jack Nicholson’s character.

Joe Roth’s Revolution Studios, which also helmed the movie, is reportedly in talks with Lionsgate Television to move things along. Currently there are no other details being made public.

Charlie Sheen is reported to have told TMZ, “I’m gonna be involved in every aspect of it.” He also is said to have spoken of Joe Roth’s involvement and let it slide that the TV show would be an adaptation of a Roth flick that has the initials “A.M.”

Lionsgate hasn’t commented at this time, but we can only dream that this happens. This would be Charlie Sheen’s first big TV role since being axed from Two and a Half Men. You all know the details of that fiasco — unless you live under a rock.

Regardless of his Anger Management status, Charlie Sheen is definitely getting roasted by Comedy Central on September 19, the same night Ashton Kutcher first appears on Two and a Half Men — in Sheen’s place.

Would you like to see Charlie Sheen return to TV in Anger Management or should he just move on?