Taylor Swift is doing something out of character — canceling shows. Read on to find out the sickly details. 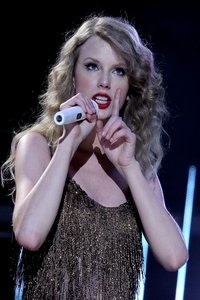 Due to a bad case of bronchitis, Taylor Swift is canceling three more shows, one in Charlotte and two in Atlanta, in addition to the one she canceled in Louisville, Kentucky on July 3.

Taylor Swift isn’t taking it lightly, either. In a statement via E! News, Taylor Swift expressed her disappointment over not being able to rock out with her fans — at least for now.

Swift said in regards to the canceled shows, “It breaks my heart to miss out on this weekend’s shows with my friends in Charlotte and Atlanta.”

See, people, she’s bummed. Maybe she’ll write a strongly worded song about her bout with bronchitis. The statement went on to say, “I would never cancel if I thought I was physically able to perform these shows. I am so sorry to the fans, but I look forward to seeing you when we come back through your towns, which we will do.”

Have no fear, Swift fans. The July 8 show that was set to take place in Charlotte has been rescheduled for November 16 and the July 9 and 10 shows scheduled in Atlanta will go down on October 1 and 2. We knew she wouldn’t let us down.

Hopefully, Taylor Swift beats the bronchitis in time for the July 14 show in Montreal.

Did you have tickets to any of the canceled shows? What will you be doing instead? Tell us what Taylor Swift song you’d most like to see in concert.