Mad Men actress Abigail Spencer has been cast in Disney’s Oz: The Great and Powerful, the prequel to the legendary film The Wizard of Oz, directed by Sam Raimi. Spencer is joining a cast that includes Mila Kunis, Rachel Weisz, Michelle Williams, Joey King, Zach Braff and James Franco.

Abigail Spencer, best known for her recurring role on the hit AMC series Mad Men, has joined the cast of Disney’s Oz: The Great and Powerful, a prequel to the film classic The Wizard of Oz. 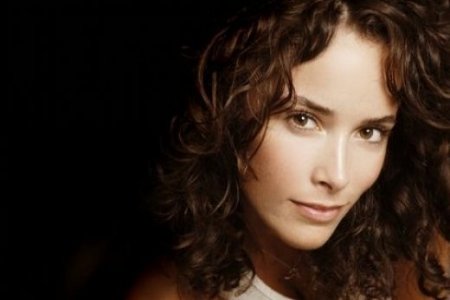 The Hollywood Reporter stated that Spencer will be joining a stellar cast that includes some of the hottest stars in film today, including Mila Kunis, Rachel Weisz, Michelle Williams, Joey King, Zach Braff and James Franco.

The story follows Oscar Zoroaster Phadrig Isaac Norman Henkel Emmannuel Ambroise Diggs, played by James Franco, who is a showman and magician at a traveling circus. After being caught in a “delicate” situation with a customer’s wife, he flees in a hot air balloon, only to be caught in a terrible storm and subsequently, he blacks out. When he awakes, he finds himself in the magical land of Oz, which, at the time, is run by two evil witches. Those will be portrayed by Mila Kunis and Rachel Weisz. Michelle Williams will portray the kindhearted Glinda the Good Witch and Joey King will play China Girl. Zach Braff has a hand as Franco’s loyal assistant, and Abigail Spencer will make her mark as the magical Oz’s willing associate.

Besides her work on Mad Men, Spencer has also appeared on HawthoRNne, and appears in the comedy/action/romance flick, This Means War, co-starring Tom Hardy, Chris Pine, Angela Bassett, Chelsea Handler and Reese Witherspoon. She will also be seen in the blockbuster Cowboys & Aliens, hitting theaters July 29th, where she co-stars alongside Harrison Ford, Daniel Craig, Olivia Wilde, Sam Rockwell and Keith Carradine.

Production is slated to begin at the end of July in Michigan and the film is expected to hit theaters in March of 2013.