Justin Timberlake and Jessica Biel were recently spotted together, creating rumors of a rekindled romance. So are these two former lovers really back on? SheKnows has the scoop.

Calm down ladies, Justin Timberlake isn’t off the market just yet. Although reports say he’s back with former girlfriend Jessica Biel, SheKnows is hearing that this isn’t entirely true. 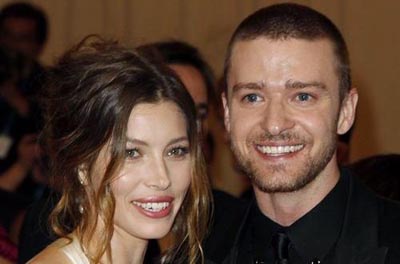 The couple was reportedly seen dining together at Black Hoof Restaurant in Toronto this weekend, sparking rumors that they’re back together.

But a source tells SheKnows these stories “are more wrong than they are right.”

So could it be that these two are simply rekindling their friendship? Well, last month, the pair was seen getting friendly at a party and Timberlake has always spoken highly of Biel.

“She is single-handedly the most significant person in my life,” he recently told Vanity Fair. “In my 30 years, she is the most special person, OK? I just don’t want to say much more, because I have to protect things that are dear to me. For instance, her.”

So that leaves the rumor mill swirling… could JT and Olivia Wilde be more than just friends? Or maybe he and Ashley Olsen are hooking up? Biel is apparently busy as well, as rumor had it that she and Gerard Butler were getting hot and heavy.

Whatever the case, we hope Justin Timberlake and Jessica Biel end up happy… together or apart. Can you image little JT and Biel babies? They’d have rockin’ biceps and killer dance moves.