After a season of speculation and a star-studded season finale of hopefuls, The Office has finally announced its new boss! James Spader has been the rumored frontrunner for a while and now it’s official: Spader has signed on as a regular on The Office!

The news that Steve Carell was leaving Michael Scott behind rocked The Office last year, setting off an endless game of “Who will replace Carell?” After all the rumblings and guesses, several big players clocked into The Office‘s season seven finale to interview for Michael’s vacated position. 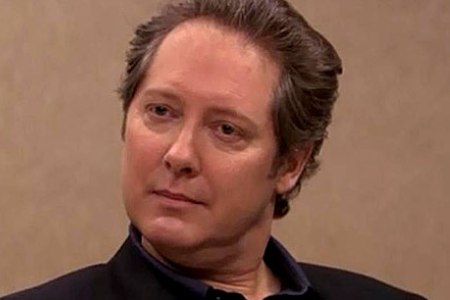 “James will reprise his role as Robert California, this uber-salesman that has a power to convince and manipulate, like a high-class weirdo Jedi warrior,” said Paul Lieberstein, executive producer and series regular. “He’ll have been hired over the summer as the new manager, but within hours, got himself promoted. Within days, he took over the company. James has an energy that is completely his own, and The Office has no tools for dealing with this guy. We’re thrilled he’s joining our cast.”

Spader won three Emmys during his time as the odd, shameless, oversexed but successful Alan Shore on ABC’s The Practice and Boston Legal, where he played best buddy to William Shatner’s equally odd Denny Crane. He also has a Cannes Film Festival Best Actor award for his role in Sex, Lies and Videotape and appeared in the critically acclaimed Crash and Secretary, not to mention a host of other films.

There’s no doubt Spader will bring some new energy to The Office when the show returns for season eight on Thursday, September 22 at 9 p.m. Just check out this clip from Robert’s finale visit interview.

James Spader on The Office