Beyonce’s 4 tops the charts but is not as strong of a seller as her previous albums. 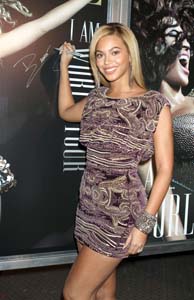 Beyonce’s latest album, 4, debuted at number one on the Billboard 200 albums chart this week, according to Billboard. The album sold 310,000 copies in its first week of release and is Queen Bey’s fourth number one.

The album doesn’t have a hit single so far as the lead track, Run the World (Girls), an up-tempo dance number, only made it as far as 29 on the Billboard Hot 100 singles chart.

If the songs of 4 aren’t turning heads, 4 and Beyonce have been in the news as of late. Tracks from the album were leaked early last month, making headlines, and Beyonce made a high-profile stop on Piers Morgan Tonight last week, on which she talked of possible baby plans, career expectations and hubby Jay-Z.

Beyonce had no comment on her latest number one, her rep said to SheKnows.com.

Other notable releases this week include Selena Gomez and the Scene’s When the Sun Goes Down, which bowed at number four with 78,000 copies sold, and Scotty McCreery’s American Idol Season 10 Highlights, a Walmart exclusive, which made it to number 10 with 40,000.