Harry Potter mania is sweeping the globe and it’s officially taken over England. In London, die-hard fans of the film series are already lined up to attend the world premiere over 24 hours ahead of time!

On Wednesday morning, over 8,000 wristbands were handed out to fans awaiting the premiere of Harry Potter and the Deathly Hallows Part 2. People have set up tents and sleeping bags on the streets to guarantee that they’ll see their favorite stars walk the red carpet on Thursday including the film’s big three: Daniel Radcliffe, Emma Watson and Rupert Grint. 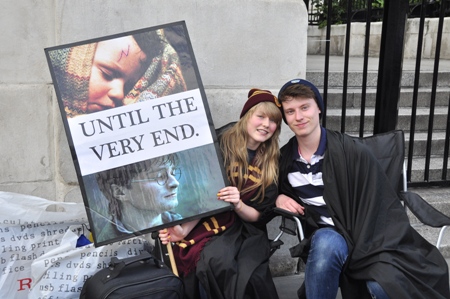 The Potter enthusiasts are in close quarters and they’re all braving the elements, which consist of wind and rain. But do you think these guys will let a little thing like bad weather dampen their spirits? No way!

Spectators have traveled far and wide to attend the Harry Potter and the Deathly Hallows Part 2 premiere including sisters Emily and Nic Holson, who came all the way from Vancouver! “It’s great to be with all the really geeky people,” the duo said. “This is the only place in the world where that could happen and it not be weird.”

If that’s not dedication, we don’t know what is. 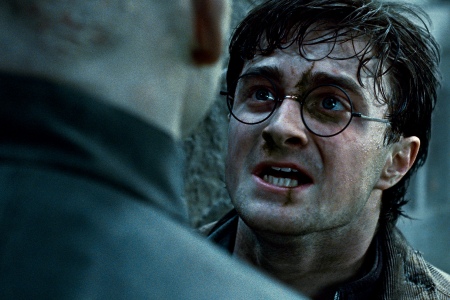 Harry Potter and the Deathly Hallows Part 2 opens in theaters stateside on July 15.