It’s a big summer for Noel Gallagher: He just got married, he has two solo albums coming out and he’s spilling the beans on his split from Oasis. 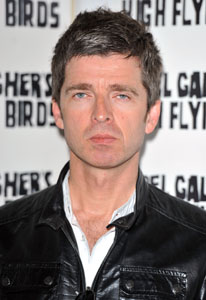 Perpetually grouchy Noel Gallagher has left Oasis for greener pastures: His own. The former lead guitarist and main songwriter of the wildly popular British band has confirmed he will release two solo albums in the next two years — and that the demise of Oasis is all the fault of brother Liam Gallagher.

During a press conference at the Electric Cinema in London, Noel said the albums will be released through his own label Sour Mash Records. The first, High Flying Birds, is due on October 17. The second, which he describes as “more out there,” will be out sometime in 2012.

Since Noel wrote pretty much everything produced by Oasis, you can be sure that he’ll be playing your favorite ’90s hits when he tours to support High Flying Birds.

“They are my songs and I wrote them all by myself,” he said. “I’m proud of them and of what they mean to people. I’ll never do a gig without playing them, they’re like drugs to me.”

And as for that nasty bust-up with Liam that ended Oasis for good? Noel lays the blame squarely on his brother’s shoulders.

“He was quite violent. At that point there was no physical violence but there was a lot of World Wrestling Federation stuff, he was like Randy Savage or something,” he said. “It was an unnecessarily violent act and he nearly took my face off… I was like, you know what, I’m [expletive] out of here.”