Kevin James is the Zookeeper and perhaps with the release of this film, he will do for zookeepers what he did for mall cops in Paul Blart: Mall Cop — make them pop culture titans via hit films.

Paul Blart: Mall Cop made Kevin James an A-list star who can headline his own films. The former King of Queens star has made a successful jump to the big screen as a supporting player or co-star in a wide array of hits from The Dilemma opposite Vince Vaughn, the Adam Sandler-starring Grown Ups and I Now Pronounce You Chuck and Larry, as well as the Will Smith vehicle, Hitch. 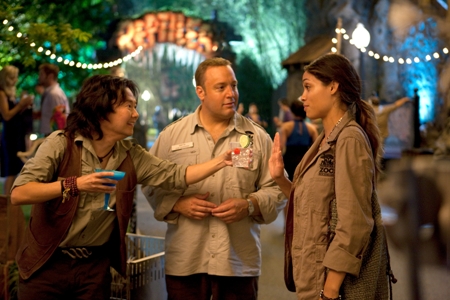 In Zookeeper, James portrays an unlucky in love leader of a Boston-area zoo who is coached in the ways of love by his zoo animals. James begins the film being dumped by his girlfriend, right after he proposes! The action picks up years later as James is encouraged by his animal cohorts to try to woo back the woman that broke his heart. Complicating things is the zoo’s veterinarian, played by Rosario Dawson, who may have eyes for James’ character. Who to turn to when love gets complicated? Why not the beasts that mate based on instinct to school the Zookeeper in the art of love?

James, a father of two, admits that being a dad has no affect on what films he makes, but that it’s a difficult line he needs to balance between career advancement and making movies as a daddy. 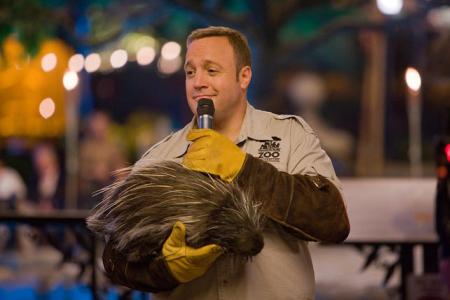