Jason Reeves is the consummate singer-songwriter in the vein of Simon and Garfunkel and Lennon and McCartney, except of course, he writes solo! Reeves recently phoned SheKnows for a chat about the process of songwriting, who his songwriting idols are and what audiences can expect from this up-and-coming star.

Jason Reeves is no stranger to hit songs. He co-wrote songs for Colbie Caillat’s debut, Coco, including her hits Realize and Bubbly and now Reeves has released his second solo record, The Lovesick — his first major label debut. 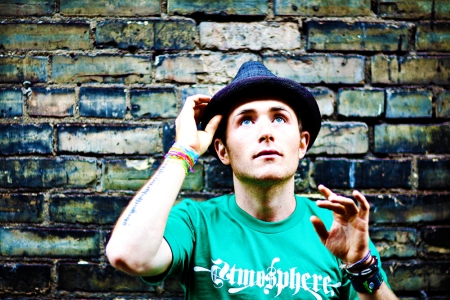 SheKnows: As a singer-songwriter obviously there’s a huge number of people who you could be inspired by — I’m curious, who inspired you to put pen to paper as far as songwriting goes?

Jason Reeves: The first two songwriters that really made me want to do this were James Taylor and Bob Dylan and they still are the two most inspiring people to me to this day. When I first heard their music I was 17 and pretty much immediately after that started writing songs. I have to give it to those two guys.

Jason Reeves: Definitely both. My parents are extraordinary examples of always supporting me even though I was doing something crazy like that. I’m not even sure if they were actually just as nervous and scared of it but just didn’t tell me, but they were just supportive the whole time. I wouldn’t probably have been able to come out to California and have the chances that I got without them. It would have been different if my parents would tell me not to do it or say they didn’t support what I was doing but luckily they believed in what I wanted to do and they saw that I was really serious about it. I wasn’t just halfway going for it. I really wanted to do it so that helps.

SheKnows: Has the process of songwriting changed for you over the years?

Jason Reeves: There has been a lot of ways it’s changed drastically because for me songwriting is a lot of learning. I feel like it’s one of those things that I’ll be able to do my whole life and always be getting better. In the beginning, I certainly had no idea what I was doing [laughs].

SheKnows: With Platinum Hit out there, what do you think about the spotlight being on those who actually craft the song?

Jason Reeves: I actually love it. Kara DioGuardi, whose show that is, is one of my really good friends. I think that not enough people realize where songs come from and hopefully this show will put a little light on that.

SheKnows: As the songwriter, the one who creates the genesis of these songs, performing live has got to be the ultimate experience, when you actually do get up there and play live in front of people…

Jason Reeves: Yeah, it’s really special for me because a lot of what I do is writing the song and recording the song and it’s like being in your own little invisible world that nobody sees in the studio and coming out in front of people and playing the songs and getting their reaction especially the give and take — the energy. It’s so tangible in live shows between the crowd and the performers. It’s just like you said, it’s that immediate reward and it can be a bad thing or it can be a good thing. That’s another thing I like about it. You can’t just play on a record player or something. You have to come out and give the crowd your best for them to react that way. I really love it. It’s definitely the complete other side from writing.