Kim Kardashian expresses her anger over the Casey Anthony verdict. Does she have a right to be so upset? 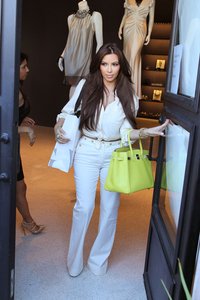 Twitter celebrity Kelly Oxford summed it up quite nicely with a simple tweet after a jury found Casey Anthony not guilty of killing her daughter, Caylee Anthony, in 2008.

“You know who’s going to benefit from Caylee’s death? Baez’s kids, when they become the next Kardashians.”

Of course, the Kardashian sisters didn’t achieve fame until several years after the Simpson trial — and their father’s death — but the tweet does make an interesting point: Should Kim Kardashian be so up in arms about the Anthony trial when her own father defended a man that many still consider to be the true killer of Nicole Simpson and Ron Goldman?

Kardashian has certainly followed the trial closely over the past several weeks — and she’s loudly proclaimed her disdain for both Anthony and the jury.

The similarities between the Simpson case and the Anthony case are not lost on Kardashian, though. She later expressed her anger over those who questioned her feelings.

“Reading the comments here & its nuts people think just bc I was close to the OJ trial I can’t have my own opinion on the Casey Anthony case?”

Kardashian is certainly welcome to her opinion — after all, everyone seems to have an opinion on this case. We just can’t help but wonder how she would feel if her father was the one defending Anthony.

What are your thoughts on the Casey Anthony verdict?