Casey Anthony was found not guilty of all major charges in the murder of her two-year-old daughter, Caylee Anthony, today on July 5th. Nancy Grace, who has been following the case closely during the 33-day trial, reacts to the shocking verdict.

HLN’s Nancy Grace has been following the Casey Anthony case on her show — and even pulled in a record 1.5 million viewers per night in June. Grace, who dubbed 25-year-old Anthony with the name “Tot Mom,” has been open with the fact that she feels like Anthony should be convicted. 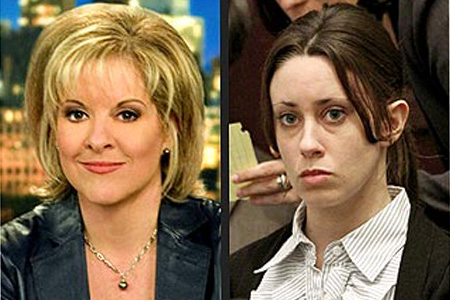 After the not-guilty verdict was read, Grace said:

“I absolutely cannot believe that Caylee’s death has gone unavenged. And there you see a group hug by the defendants. Tot Mom will be walking free. She’s headed back to jail. Sentencing for a few lesser counts, false information she released, will take place 9 a.m. sharp Thursday morning. And you gotta wonder what the state is thinking now. They gave it their all; they gave it 200 percent. They gave scientific evidence like none ever seen in the country before, behavioral evidence that knocked everybody off of their seat. But, in the end, Tot Mom’s lies seemed to have worked.”

Grace goes on to say that Anthony “got a ticket out of jail. It is likely on Thursday she will walk free.” She said that Tot Mom will get a “big fat book deal” or a “made for TV movie” and she will go on to “rake in a mint.” Even more disturbing, Anthony will more than likely never have to re-pay the costs of the trial, which falls on the taxpayers.