Charlie Sheen will be the guest of honor at a Comedy Central roast this fall. 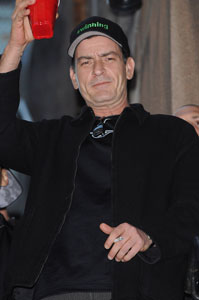 Can you believe Charlie Sheen hasn’t been roasted yet? The guy has been loading up on material for years. His comedic pals will soon get their chance, however, as Sheen is set to be the next victim of a Comedy Central roast this fall.

The tiger blood-drinking warlock will tape the roast on September 10 to air on September 19 — not coincidentally the day the revamped Two and a Half Men starring Sheen’s replacement Ashton Kutcher is due to air.

Sheen is all for the roast, saying in a statement, “You could say I’ve been providing kindling for this Roast for a while… It’s time to light it up. It’s going to be epic.”

Comedy Central is prepping for a roast to outdo even that of Donald Trump. “Charlie has assured us that nothing will be off limits in this Roast… which scares even us.”

Over the weekend a story was rehashed about a feud between Sheen and director Oliver Stone — the actor claims he was to play the lead in Born on the Fourth of July, but Stone replaced Sheen with Cruise at the last minute and didn’t even give Sheen the courtesy of a phone call. The story was actually from a 2001 Playboy article — and as far as we know, it’s all water under the bridge at this point.