Snow White and the Huntsman is about to get the Lord of the Rings treatment. It’s been announced that the new film, which stars Kristen Stewart and Charlize Theron, will be produced as a trilogy! 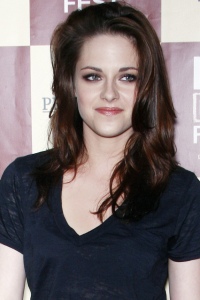 Producer Joe Roth recently revealed that the first Snow White and the Huntsman film is just the tip of the iceberg. “This story will end, but there will be questions remaining for these three characters.” The characters in question are Snow White (Kristen Stewart), the Evil Queen (Charlize Theron) and the Huntsman (Chris Hemsworth).

This is a brave move considering another live action version of the tale is also in the works. It stars Lily Collins, Julia Roberts and The Social Network’s Armie Hammer as Prince Alcott. But despite the stiff competition, Roth hopes fans will be drawn in by The Huntsman’s Lord of the Rings style.

Unlike the other film, Snow White and the Huntsman will center on the latter character and his unlikely friendship with the girl. “The Huntsman is a mercenary, in the sense that he’s a guy who is very able in the woods, more able than most anyone. His job is to capture runaway girls, who are all fleeing the kingdom because of the queen.”

Snow White starts off as a damsel in distress but eventually becomes a certified butt-kicker. While on the run, she turns into a warrior of the woods! We think that transition alone deserves its own movie.

Snow White and the Huntsman is directed by Rupert Sanders and is scheduled to hit theaters June 1, 2012.