The whispers can turn into full-blown shouts of confirmation. Jamie Foxx will be starring in Quentin Tarantino’s Django Unchained. 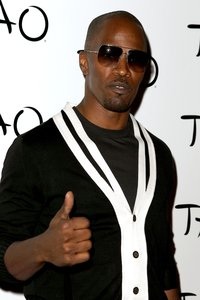 Talk of Jamie Foxx snagging the lead role in Quentin Tarantino’s take on the Western, Django Unchained, is no longer wishful thinking. Jamie Foxx has confirmed he will be starring in the film as Django — a freed slave with revenge on his mind.

The rumbles began recently, claiming Foxx was in final negotiations for the role and it looks like the rumor mill was true this time — lucky for Foxx, he was Quentin Tarantino’s first choice.

Jamie Foxx told CNN he’s eager to work with the big names attached to Django Unchained, saying he’s excited “just to be able to work with Quentin Tarantino and Samuel L. Jackson, Leonardo DiCaprio, and to be able to tell a story that needs to be told.”

Adding in regards to Tarantino’s former work, “If you’re a fan of Inglourious Basterds, I mean, you know… It’s just amazing. It should be amazing.”

This is going to be one bad-ass Tarantino Western revamp, or “Southern,” as Jamie Foxx likes to refer to it. With Foxx and Leonardo DiCaprio sharing the screen, there’s bound to be some great scenes. DiCaprio is reportedly going to play the role of plantation boss Calvin Candle, who holds Django’s wife captive.

Kerry Washington is rumored to be a frontrunner to play Foxx’s wife, Broomhilda. You might remember the two co-starred in Ray.

Before Jamie Foxx can win over audiences in Django Unchained, he has to pass the test with his latest flick Horrible Bosses, which opens July 8.

This casting news leaves us pretty excited. Are you ready for a Jamie Foxx-Django Unchained extravaganza? Tell us, we want to know.