It looks like Eva Longoria’s ex-husband, Tony Parker, has moved on with a 20-year-old French beauty queen!

Eva Longoria and basketball star Tony Parker have both moved on with younger mates, only seven months after their divorce was finalized. 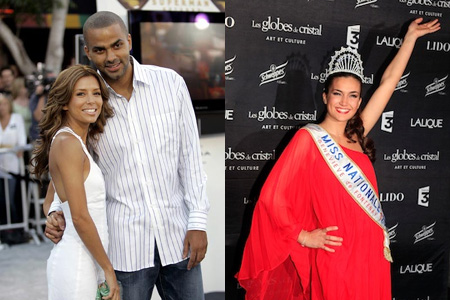 Morel was crowned Miss Nationale last December. No word on how the couple met, but she is a beautiful dark-haired beauty (which seems to be just his type!).

Parker has a four-year, $50 million contract with the San Antonio Spurs, while Morel has her pageant duties, as well as school, as she is studying trade and commerce in France.

It will be interesting to see how the two make the distance work!

Parker and Longoria split after three years of marriage. She filed for divorce after she reportedly found hundreds of text messages between Parker and another woman who was the wife of one of his teammates. She began dating Eduardo shortly after — and even had her “Tony” tattoos removed.