How much did Ashley Hebert earn for being on The Bachelorette? Let’s just say it’s a lot less than the previous single ladies on the show.

Bachelorette Ashley Hebert may have been cheated out of love in the past — and is she being cheated out of money as well? Most Bachelorettes earn around $100,000 on the show, however, Hebert, 26, is earning much less at $30,000. 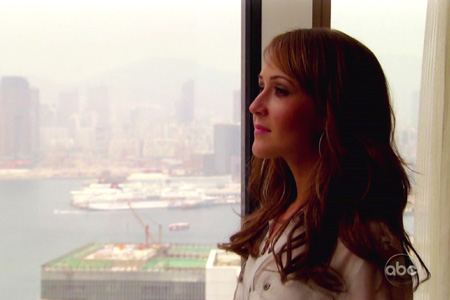 Sources say the Maine dental student was paid $30,000 for the two-month shoot which took place from mid-March through mid-May of 2011.

Before learning that Emily Maynard was the chosen one for Brad Womack on The Bachelor, many fans were hoping Maynard would be the next Bachelorette — instead of Hebert. In fact, Bentley Williams even told cameras on this season’s Bachelorette that “Ashley is no Emily Maynard.”

Could the fact that Hebert didn’t have as much fan support as Maynard contribute to her receiving less pay?

To put things in perspective, Jason Mesnick and Molly Malaney (who met on The Bachelor in 2009) received $30,000 for their two-hour wedding that aired March 2010!

Tell us: Should ABC have paid Hebert more? Or is she a Bachelorette dud not worth $100,000?