Fourth of July is all about the barbeques, but if you need a break from the heat, there’s nothing like a DVD/Blu-ray movie night. Vanessa Hudgens is available for an at home double feature, while Geoffrey Rush, Kate Bosworth, Nicolas Cage, Edie Falco, Carrie Fisher, Rumer Willis, Kristin Cavallari and Elias Koteas also come home. 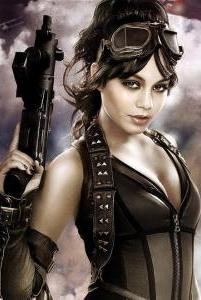 The movies currently ruling the DVD rental battle are recent releases Just Go With It, Battle: Los Angeles, True Grit, No Strings Attached, Gnomeo & Juliet, I Am Number Four, Drive Angry 3D, The Dilemma, The Rite and The Mechanic.

If you’re looking for something fresh on release, there are some good pickings, ranging from a Vanessa Hudgens uber modern double feature to a 1930s classic. Check it out:

Sucker Punch: This action-packed film features plenty of girl power, including Emily Browning, Abbie Cornish, Jena Malone, Vanessa Hudgens and Jamie Chung. Directed by Zack Snyder (Watchmen, 300), Sucker Punch looks like a mix of Girl, Interrupted meets Lara Croft meets Charlie’s Angels. Browning (The Uninvited) plays Baby Doll, a girl who is taken to the mental asylum by her mean stepfather. Faced with the knowledge that she will undergo a lobotomy in a week, she and four other inmates retreat to a fantasy world in her imagination where they plan their escape. The reviews of the movie have been mixed.

Check out the rest of Kim Grundy’s SheKnows Sucker Punch preview, including the trailer>>>

Check out the rest of my SheKnows Beastly preview, including the trailer>>>
Or check out Joel Amos’ SheKnows Q&A with Alex Pettyfer and Vanessa Hudgens>>>

Season of the Witch: Nicolas Cage and Ron Perlman team up in this action adventure fantasy about two 14th century knights tasked with transporting a presumed witch to a remote abbey, where monks will perform a ritual in hopes of stopping the spread of the plague. 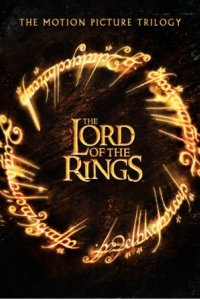 The Lord of the Rings: The Motion Picture Trilogy: Just the thing to pick up if you’re looking to hide out with an epic weekend.

Michael Flatley: Lord of the Dance: If dance is your beat, check out this performance film, shot at sold-out shows in Dublin, Ireland, and London last year.

Erasing David: The dramatized documentary also comes from across the pond, but is a much less settling ride. Director David Bond seeks to test whether one can escape Big Brother’s eye and drop off the grid, but two ruthless private investigators make that impossible, forcing him to contemplate the loss of privacy.

Beneath Hill 60: War movie buffs should check out this Aussie drama, which was nominated for 12 Australian Film Institute Awards and recounts the true World War I story of miners who were brought to the front lines to tunnel under enemy positions.

Max Manus: This dramatization takes on the true story of the title character, a Norwegian resistance fighter who was one of the most brilliant saboteurs of World War II.

White Lightnin‘: Edward Hogg and Carrie Fisher star in this wild, strange and searing portrayal of Jesco White, the real life cult figure known as the Dancing Outlaw, and offers a slice of hill country Americana. 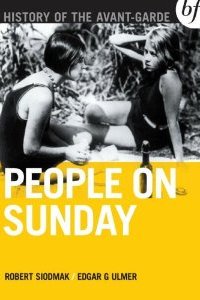 Zazie dans le metro (1960): Louis Malle’s (Murmur of the Heart, My Dinner with André) audacious hit comedy takes on the adventures of a precocious 11-year-old (Catherine Demongeot) who comes to Paris and causes mayhem for her bachelor uncle (La Pointe Courte’s Philippe Noiret).

The Sacrifice (1986): Andrei Tarkovsky’s final film is out with a remastered release. When faced with World War III, Alexander (Erland Josephson) promises God he’ll sacrifice all he has — even his son.

The Nesting (1981): This ghost story comes home with an HD makeover and stars Robin Groves as an agoraphobic mystery novelist who accidentally rents a former brothel haunted by the victims of a bloody massacre.

New release miniseries include Above and Beyond: Complete Miniseries, The Far Pavilions, Bordertown: The Complete Collection, Mary Bryant: The Complete Series and To the Ends of the Earth: Complete Mini-series. There’s also George Gently, Series 3, two feature-length episodes of a British detective series set in the 1960s and starring Martin Shaw.