Brooke Mueller, the mother of twins with ex Charlie Sheen, has vowed to stay sober after watching her shameful lows air on reality television.

Brooke Mueller has successfully completed a 45-day outpatient drug rehab program and has high hopes for staying clean. Helping her keep that goal in mind is a reality show called The World According to Paris. 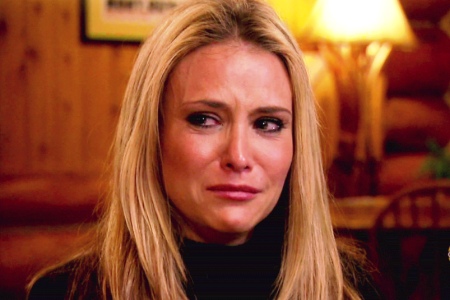 “Brooke saw what she looked and sounded like when she was under the influence,” an insider told Radaronline. “Brooke entered rehab during filming of the show and she couldn’t believe the difference she was able to see in herself when she wasn’t using drugs.”

The mother of twin boys Bob and Max with ex-husband Charlie Sheen skipped the show’s premiere in May in favor of continuing to focus on sobriety.

In regard to a recent incident where Brooke Mueller was seen holding wads of cash and walking up to strangers in cars, the source says, “Brooke does still have temptations, she will for the rest of her life. But, that incident was dealt with, and Brooke continues to make progress. There will be setbacks, but it’s going to be how Brooke handles it which will determine whether or not she stays sober.”

For now Brooke Mueller is sticking to the motto of “just taking it a day at a time,” a source close to the situation said. “She has been down this road before and she knows what she has to do. Brooke needs to continue to play an active role in her sobriety. When she goes to her AA meetings every day and talks regularly with her sponsor, she does amazing.”

Best wishes to Brooke Mueller for continued sobriety and time with those twin boys!