Salma Hayek and Linda Evangelista have a lot in common. They are both beautiful dark-haired beauties. They both have four-year-old children (Salma’s daughter is Valentina and Linda’s son is Augustin James). 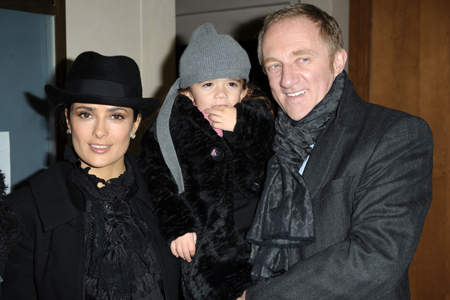 They both also happen to share the same baby daddy — Francois-Henri Pinault, who is the CEO of the $28 billion conglomerate of Gucci, Yves St. Laurent and Bottega Veneta.

Hayek gave birth to Valentina in September of 2007 and later married Pinault on Valentine’s Day of 2009. Evangelista gave birth to her son Augustin in October of 2006, however, she protected Pinault and told reporters that the father was “a New York architect.” 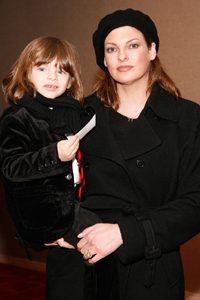 The secret may have continued, until Evangelista went to family court for the third or fourth time to reach an agreement with Pinault, says the New York Post.

Pinault was a no-show at court and Evangelista was said to have left the court “glumly” without speaking to any reporters.

Pinault’s attorney said that his absence from court was a misunderstanding. “We had understood that it was to be a brief, telephone conference, to bring Magistrate Troy up to date on what the status was,” said his attorney David Aronson.

So did Pinault cheat on Hayek? Apparently he and Hayek were on a break when Evangelista conceived her son in early 2006.

We have reached out to Hayek’s rep but have yet to receive a response.