Did Jonathan Rhys Meyers intentionally try to commit suicide or did he accidentally overdose? 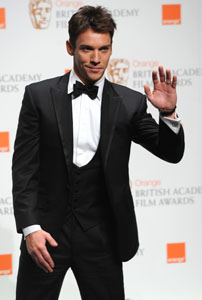 Troubled actor Jonathan Rhys Meyers’ suicide attempt was big news yesterday — but is that really what happened? Some sources are saying it was simply an accidental overdose and that the star of The Tudors would not try to kill himself.

A source told Us Weekly, “It was not a suicide attempt. He did relapse and was hospitalized for that, but was released.”

Meyers has a long history of substance abuse problems, including five stints in rehab. In fact, Meyers went to rehab in May, just weeks before his current crisis. The actor also has a long alcohol-soaked arrest record, most recently being held for punching an airport employee while drunk.

Meyers’ reps did not return requests for comment on his condition. His neighbors are talking though, and it seems they are all rooting for him.

“Jonathan is a lovely guy,” one said. “You see him all the time in the street. He says hello and is very pleasant. I hope he is fine.”