Charlize Theron may be one of the most beautiful women in the world, but when it comes to marriage, she’ll take a pass. 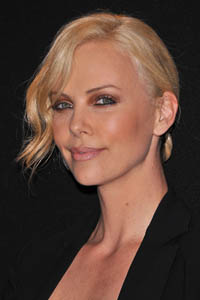 Charlize Theron expressed her real views on marriage during a recent interview. Asked if she plans on getting married, the star said she’s pretty much never been interested in it — and never will be.

“I’ll be the first to say here on your show,” she told Piers Morgan on Piers Morgan Tonight, “marriage… was never something that was important. I don’t know the exact reason for that. Some would say it’s because I came from a very troubled marriage. My parents did not have a good marriage.”

Theron’s mother shot and killed Charlize’s father in 1991. Reportedly, Theron’s father was an alcoholic and physically assaulted and threatened Theron and her mother prior to the incident occurring.

Last year, she broke up with her boyfriend of almost a decade, actor Stuart Townsend.

Does that mean Theron is anti-marriage?

“I see the importance for other people,” the Oscar-winning address added.

“Do you think you’ll never get married?” Morgan asked.