Paris Hilton is breathing a sigh of relief today after the man who tried to break into her home was sentenced to two years in prison. 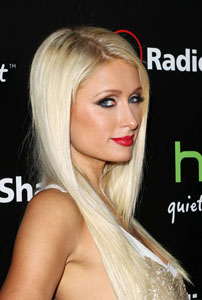 Paris Hilton is safe once more. A man who tried to break into her home with the intent of stealing cash and jewelry to fund his move to a deserted island has been sentenced to two years in state prison.

LAPD Detective Kevin Romine testified that during a 40-minute recorded interview Parada confessed the plan and said he came prepared with two knives, in case Paris was uncooperative.

Paris’ now ex-boyfriend Cy Waits testified at the trial, saying, “I was polite in the beginning,” but when Parada began to walk away towards the house, “he turned around and smirked and that is when I saw he had two large knives, a large steak knife and a large buck knife.”

“I drew the gun on him and I screamed at him to drop the knives,” Cy testified, saying that Paris was scrambling for a phone.

The jury deliberated for less than an hour before handing over a conviction.