Madonna has switched gears: Instead of opening a school in Malawi, she will open an orphanage. 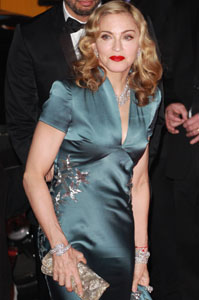 Madonna adopted two children from the impoverished nation of Malawi, and now the singer/actress plans to give back by helping other needy kids find homes.

“My short term goals are to build an orphan care center that will service and reach at least 1,000 children and I’m also actively involved in funding several orphanages that already exist,” Madonna said in the docu-series American Revolutionaries: The Hitmakers.

Madonna originally planned to open a school through her Raising Malawi foundation, but she chose to redirect her efforts after $3.8 million of the fund’s money was squandered by the former executive director on lavish personal expenses like a car and driver and a golf club membership.

“There’s a real education crisis in Malawi,” Madonna said in a statement in May. “Sixty-seven percent of girls don’t go to secondary school, and this is simply unacceptable. Our team is going to work hard to address this in every way we can.”

“While I’m proud of [other] accomplishments, I’m frustrated that our education work has not moved forward in a faster way,” she added.

The Raising Malawi foundation has reportedly raised $18 million since its inception, $11 million of which came from Madonna’s own pockets.

Oprah has cajones, says Madonna
Madonna is going Inside the Actors Studio
Madonna’s new album promises to be ‘badass’