Liberal rocker Tom Petty reportedly issued a cease-and-desist letter after Minnesota congresswoman Michele Bachmann used American Girl at her political rally. Katrina and the Waves also stepped up to say “nay.” The Republican presidential candidate can’t play their songs and no, they Won’t Back Down. But do rockers have the right to make that decree? 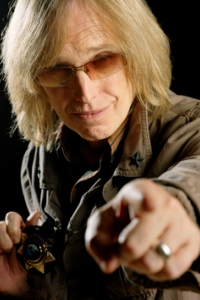 Michele Bachmann officially threw her hat into the race for Republican presidential candidate on Monday, June 27, 2011, highlighting the big moment with the track American Girl. When Tom Petty heard the news, his camp immediately issued a cease-and-desist letter to Bachmann’s people, according to Rolling Stone.

In spite of this, however, Bachmann again blasted the track Tuesday night in South Carolina, paring it down to just the key 29 seconds that include the lyrics, “Yeah, she was an American girl — raised on promises.”

The track was interrupted by Katrina and the Waves’ Walking on Sunshine, leading to yet another public slam for Bachmann’s camp, along with the threat of legal action.

“As the singer of Walking on Sunshine I don’t endorse its use by Michele Bachmann’s presidential campaign,” Katrina Leskanich said in a statement. “I’ve performed Walking on Sunshine for so many years in so many different countries that it’s become the one constant in my life and the one thing I can count on to bring happiness to myself and others. The song is used in commercials and movies as a vehicle for a feel good moment or empowerment but if I disagree with the policies, opinions or platforms for its use, I’ve no choice but to try and defend the song and prevent its misuse. Music can be both powerful and moving and sometimes even a little dangerous.”

A history of musicians rocking politics 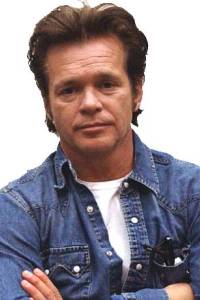 These are clearly politically motivated requests and this is not the first time rockers have felt the need to speak up for themselves.

While Petty doesn’t want Bachmann using American Girl, he gave Hillary Clinton the all clear to use that track during her 2008 campaign. He’s heard his tunes in countless movies and TV shows, and didn’t seem to have a problem with Dia Frampton and Blake Shelton’s finale rendition of I Won’t Back Down on The Voice this week. He did, however, put the kibosh on George Bush using that track back in 2000.

Heart and John Mellencamp were no less thrilled when John McCain and Sarah Palin used their hits during their infamous run for president and VP, according to People. The Eagles’ Don Henley took a stand as well, filing a lawsuit against California Republican nominee for U.S. Senate Charles DeVore, who was changing up the words to Boys of Summer and All She Wants to Do Is Dance, according to THR.

Just last year, Talking Heads’ David Byrne filed a $1 million suit against Florida Governor Charlie Crist for his use of Road to Nowhere, while Canada’s Rush stood up to Rand Paul’s Kentucky Republican Senate campaign, claiming their issue was based on copyright laws, not politics, according to Female First.

And it doesn’t just happen in the states: WCPO reported that ABBA has had their own political battle in Sweden, where the Danish People’s Party was using Mamma Mia at rallies, sometimes changing the lyrics.

For the most part, politicians have respected these rocker requests, but Rolling Stone notes that the legal issue here is actually rather foggy. Some say it’s a licensing issue and the artist has no say, while others insist they do have a say, but the battle has never actually made it to the courtroom.