Tom Cruise’s alter ego Ethan Hunt has returned for Mission Impossible: Ghost Protocol. The first trailer for the new sequel has hit the net and it features the super spy running, running and running some more. 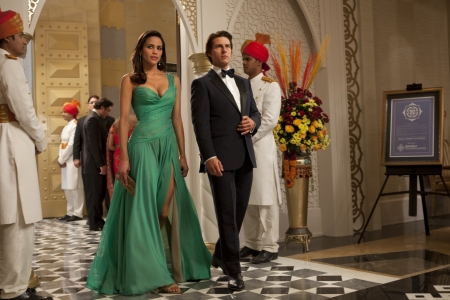 The cast for Ghost Protocol is what Hollywood dreams are made of. Jeremy Renner, who’s been rumored to take over the franchise after Cruise exits, stars as Hunt’s second in command, while Paula Patton is their leading lady. And for all of you Lost fans, Josh Holloway also makes an appearance but it looks like he’s the bad guy.

In the beginning we were a bit wary about another Mission Impossible but to be honest, this movie looks amazing! The direction is fantastic, the action is breathtaking, and it has Tom Cruise doing what he does best — running!