Megan Fox is really, really regretting those Hitler comments she made about Transformers director Michael Bay.

It seems like everyone is pumped to see Transformers: Dark of the Moon — well, everyone except Megan Fox, that is. The sultry former star of the franchise was fired from the films after she made some ill-advised comments on director Michael Bay. 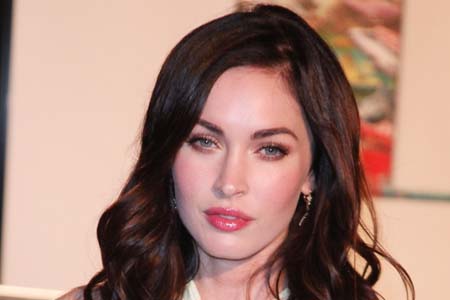 “He’s like Napoleon and he wants to create this insane, infamous mad-man reputation,” Fox told Wonderland Magazine in 2009. “He wants to be like Hitler on his sets, and he is. So he’s a nightmare to work for but when you get him away from set, and he’s not in director mode, I kind of really enjoy his personality because he’s so awkward, so hopelessly awkward. He has no social skills at all. And it’s endearing to watch him.”

Now, she regrets making the comments, likely because her career hasn’t exploded like she thought it would.

“From several of her comments recently, it seems clear she wishes it was her and not Rosie [Huntington-Whiteley] who was getting all this attention for this third film,” a friend of Fox told the Chicago Times.

>>>Check out Joel D. Amos’ SheKnows review of Transformers: Dark of the Moon

“I know Megan feels it should be her and not Rosie who should have been in Moscow [for the world premiere] last week — and should have been allowed to complete filming the trilogy,” a Paramount Pictures insider said earlier this week.

However, she’s not wallowing in her sorrows.

“Megan has long since moved on and is looking forward to moving her career in a new and exciting direction,” her friend added.

Don’t feel too bad, Megan: Some reviewers are ripping Huntington-Whiteley’s performance in the film.

Do you wish Megan Fox was back in Transformers: Dark of the Moon?