SheKnows’ celebrity correspondent, Whitney English, caught up with Nick Jonas over Skype to get the latest on his role in a new campaign to find young, fresh talent for the music industry. 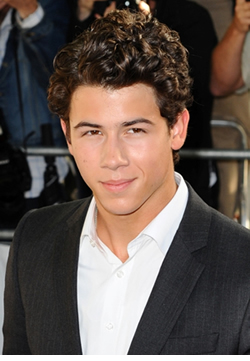 Jonas and Quaker Chewy have set out on a campaign to find the next hit pop star, the winner of which will get the opportunity to record a song with Jonas brother Nick.

Our celeb correspondent, Whitney English, got the details on how the talent contest is shaping up and managed to get a little gossip on the future of the Jo Bros while she was at it.

“I’m looking for a person with a real voice, and the person with the overall package that it takes to be a superstar today,” he says. But what about the three superstars that broke into the industry and the hearts of so many fans back in 2005?

“It’s definitely not over for the Jonas Brothers as a group, we have a lot of exciting opportunities as individuals that we’re looking forward to tackling. But our focus as a group is still there and we’ll come back eventually and do another record and a tour, I am sure,” he smiles.

Watch Whitney’s full-length interview to get more details on how Nick Jonas plans to find the next great American pop phenom.


See what else is buzzing in Hollywood by watching the latest episode of The Buzz (Hint: Shia LaBeouf comes clean on his fling with Megan Fox) >>