The first trailer for Steven Spielberg’s new drama War Horse has been released. The bona fide Oscar bait is based on Michael Morpurgo’s children’s book of the same name and stars newcomer Jeremy Irvine.

War Horse is the heartfelt story of a boy named Albert who risks his life and freedom to be with his best friend Joey. Joey is a wild horse that Albert trains and loves like a member of his family. Unfortunately, they both live in England during one of the most tumultuous times in the country’s history — World War I. 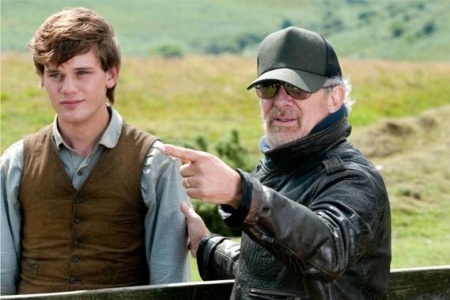 Joey is scouted by the military and forced to serve in the army. During his journey, we see the many people Joey comes in contact with and how he changes their lives. The story of the war is told through the horse’s eyes and not of his owner’s.

While Joey’s away, Albert is desperately trying to find him. He even tries to enlist in the service despite being underage. The journey between these two characters is what Oscar movies are made of.

This holiday season, it looks like War Horse will pull at your heartstrings. Not only is the story moving, but the music and the cinematography are also beautiful. Steven Spielberg, you may have another winner!