Shia LaBeouf got a chance to make someone’s dream come true — Selena Gomez. Read on to find out how Selena Gomez got to satisfy her celebrity crush! 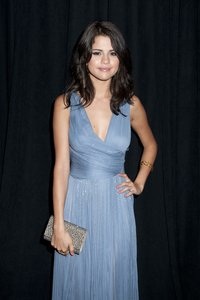 The world is obsessed with Selena Gomez. Right now, somebody somewhere has a poster of her on their wall and doodles of her name on their notebook — calling her their celebrity crush. But, did you know Selena Gomez has her own celebrity crush and has for quite some time? It’s none other than Transformers star Shia LaBeouf.

The Monte Carlostar got to live out her dream of meeting longtime celeb crush Shia LaBeouf, 25, in an ambush concocted by her loyal team.

Selena Gomez posted the video on her Facebook page and from the looks of it, she was completely shocked and gave us the girly reaction we would have had if faced with meeting Shia LaBeouf.

In the video, Gomez’s clever team tells her she’s meeting some fans, but when she’s led to a backstage room, Shia LaBeouf is there!

She completely runs out, telling LaBeouf, “I’m so sorry to bother you.” The best part is that he chases after her! It was so darn cute.

“Thanks for being so sweet to me,” he tells her, trying to get her to stop running. “You’re really sweet to me.”

She finally gets up the nerve to say a few words to her crush and it reminds us that Selena Gomez is totally just like any other 18-year-old girl with the hots for an actor. “I admire you,” she blurts out.

Once away from the hunky actor, she turns into a giddy school girl. “You guys suck. You used my fans as bait,” she says. “Oh my gosh, he’s so handsome.”

Check out the video of Selena Gomez meeting her celebrity crush Shia LaBeouf and tell us if you think it’s as adorable as we think it is.