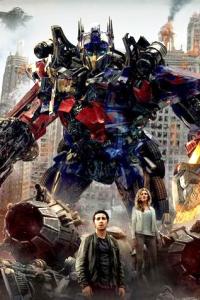 Shia LaBeouf is back as Sam in Transformers: Dark of the Moon and this time out, he is an unemployed man — fresh out of college — who can’t find a job, even though, as he points out, he saved the world twice from complete disaster.

His live-in girlfriend (Rosie Huntington-Whiteley, stepping in for the excommunicated Megan Fox) believes in him as he goes to interview after interview with no success.

Then, he arrives opposite a desk from John Malkovich, who recognizes him from past heroics and offers him a job in the mailroom. That’s fine, except the “male provider” part of Sam’s persona is insecure that his girlfriend has a job that provides her with a $250,000 Mercedes from boss Patrick Dempsey.

How the Transformers fit in to the new film is established in the opening moments. The 1960s space race was not in fact a battle between the Soviets and the U.S. to get to the moon first, it was in response to an event. A Transformer crash-landed on the moon and it was deemed a matter of national security to get there first. Why? Well, that’s the key to the movie and we won’t reveal it in this review, but in many of the ways the second film was confusing, unfortunately the plot points are more confounding than clear in the third installment.

The story is simpler than the second, we will give Bay that. For fans of Transformers, they will eat it up. The general public, who is not immersed in the Transformers world, may be as confused from the plot as they were notoriously on the second film, Revenge of the Fallen.

Transformers: Dark of the Moon is loud, big and in 3D — and that is a good thing. The 3D is nicely used and the sound effects are simply brilliant. However, the movie still feels heavy-handed and perhaps that is the point of a Transformers film. But what we so enjoyed about the first film was its levity and humor mixed with the stellar action. Sure, there’s plenty of jaw-dropping action in the third film, but much of the laughs are missing. LaBeouf tries to inject humor and at times succeeds, and Malkovich in many ways is also hilarious, but overall the arc of the story trumps any effort to keep it light. 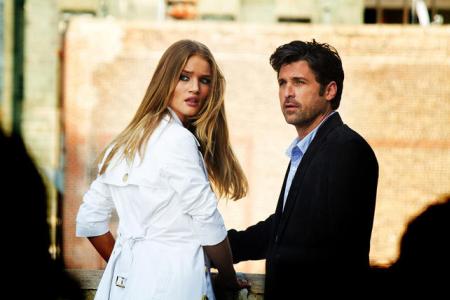 The big question on everyone’s minds is, how did the supermodel do filling in for Megan Fox? LaBeouf told us in our Transformers interview that the storyline with Fox’s character had gone stale and there was nothing to inspire further character growth. In this film, he has something to live for, a relationship that may be heading towards marriage. Rosie Huntington-Whiteley is just fine and actually shows promise as an actress. She does pout quite a bit, pouty scared, pouty surprised and pouty in love, but she does not drag down the movie as many expected she would.

Two of the biggest surprises are two of the new additions to the Transformers franchise — John Malkovich and Patrick Dempsey. Malkovich is brilliant (when isn’t he?) and throws caution to the wind as LaBeouf’s boss while Dempsey tosses aside his Grey’s Anatomy demeanor as a powerful man who may or may not be involved with the conspiracy to destroy the Earth with the Deceptibots as opposed to the Autobots, who are our allies. 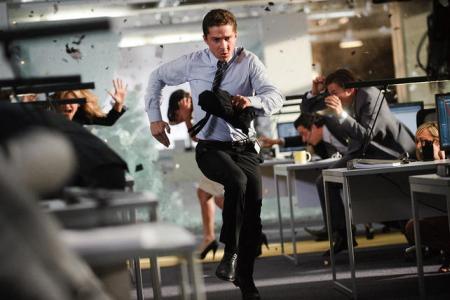 Overall, Transformers: Dark of the Moon is a fun summer movie. It is not deep, and like cotton candy, you may forget it the second you roll out the cinema door. The effects are impressive and the acting from its cast is fine (LaBeouf is still charming!), yet we were honestly hoping for a little more when Michael Bay promises the moon.

Check out our exclusive clip from Transformers: Dark of the Moon!>>

Transformers: Dark of the Moon review