Cee Lo Green pulled out all the stops when he chose a show-stopping duet for The Voice‘s finale. If you missed Cee Lo Green and finalist Vicci Martinez rocking Love Is a Battlefield, you missed one heck of a show!

The Voice’s celebrity coach Cee Lo Green has been schooling the contestants on how it’s done on stage lately, so why would the finale be any different? 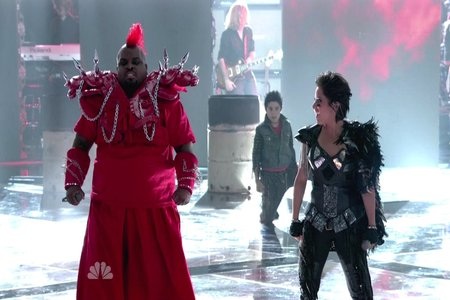 The Voice’s top four took the stage in an explosive finale Tuesday night that paired the contestants up with their celebrity coaches. Each contestant performed some cool duets, but Vicci Martinez’s duet with Cee Lo Green might just go down with the word epic attached to it.

During The Voice’s finale, Carson Daly kept teasing we didn’t want to miss Cee Lo Green and Vicci Martinez in a jaw-dropping performance. When they cut to Vicci Martinez backstage, we could tell this was going to be a set not to be missed, primarily because she reminded us that it was Cee Lo Green putting the show together and that means anything can happen.

The two did not disappoint. Coach Cee Lo Green and his little mama Vicci Martinez took over the finale with a mind-blowing performance of Love Is a Battlefield. The stage was set up with dancers and kid acrobats who looked like they belong in the original Pat Benatar video, but Cee Lo Green stole the show with his giant red mohawk and red warrior outfit. It was like a tribal warrior meets the future. 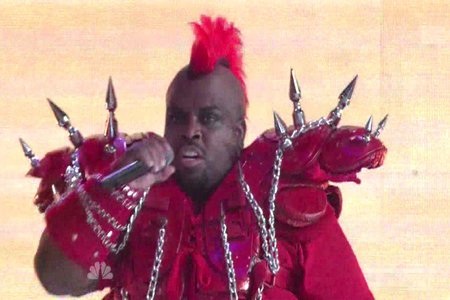 The costuming was so brilliant, we had to pay homage with not one, but two photos so you could see his mohawk close up in all its fabulous glory.

If you missed it, check out the video below and sound off in the comments. So far we’ve seen Cee Lo Green get funky with Everyday People, slick with Bright Lights, Bigger City and dominant with Love Is a Battlefield on The Voice’s stage. Which has been your favorite?