The Japan relief lawsuit takes away from the kind deeds of fans around the world, says Lady Gaga.

It’s a case of a bad lawsuit, says Lady Gaga. 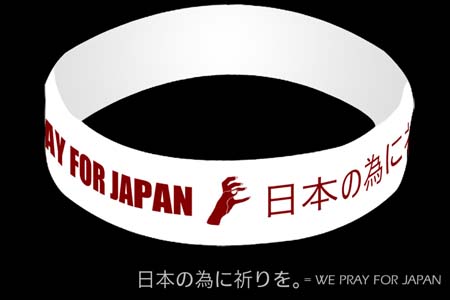 The suit brought by a Michigan law firm charging that Gaga has sticky fingers regarding her Japan earthquake and tsunami relief charity has no merit, said Gaga on Tuesday in a statement released by her rep.

“This misguided lawsuit is without merit and unfortunately takes attention away from the kind deeds of the fans around the world who are supporting the people of Japan,” the statement said. “The entire $5 donation made with the purchase of each bracelet is going to support the disaster relief. No profit is being made on shipping costs. Sales tax charges were made in accordance with local legal requirements.”

The suit, filed in a U.S. District Court in Eastern Michigan by the legal network 1-800-LAW-FIRM, claims Gaga’s camp charged an excessive $3.99 for the shipping of her Lady Gaga Earthquake Relief Wristbands. The law firm also claims other irregularities, like sales tax being charged on a charitable contribution.

Northern Japan was devastated by an earthquake and tsunami on March 11.

“Lady Gaga has personally pledged her own funds to this cause and continues to support the victims of the disaster,” her rep says.

Fame can certainly be a monster, but here’s hoping suffering people aren’t affected by this episode.