We are in Burbank with Melissa and Joey namesakes Melissa Joan Hart and ex-teen heartthrob Joey Lawrence. New episodes of their ABC Family series start June 29. These veterans of Clarissa Explains It All, Sabrina, the Teenage Witch, Gimme a Break and Blossom say they owe much of their adult success to the very tough road they travelled as child stars. 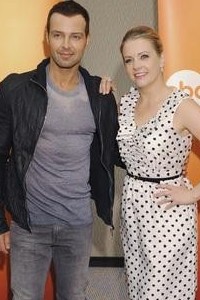 Melissa Joan Hart is a focused but flustered mom since her five-year-old son is playing softball as we speak and she’s not there to cheer him on.

SheKnows: Melissa, what is your greatest joy so far with motherhood?

Melissa Joan Hart: My three-year-old, every morning he won’t get out of bed and he just touches my face and goes “Mommy.” It’s those little moments and those little hands and feet. And my five-year-old is in Little League. It’s amazing to see him out there lookin’ around when the ball comes and going, “Now what do I do?” It’s such fun.

SheKnows: What changes can we expect on Melissa and Joey in this new season? Is your relationship on the show changing?

Joey Lawrence: I think it’s evolving. There’s a little more sexual tension. These two people, who are forced together, realize they sort of need each other and something develops. It’s a friendship at first and you don’t want to hit it too hard or that will be lame if you peak too early. There’s a slow burn. She goes out with other people and my ex-wife comes back into the picture. And I have other dates and she tries to hook me up on dates with her friends. We’re trying to figure out how to be good examples for the two teens. I think Joe has an easier time with it than Mel does.

Melissa Joan Hart: We also have some great guest stars; we have Vivica Fox, John Ratzenberger, Megan Hilty comes in as his ex-wife for a few.

Joey keeps it in the family 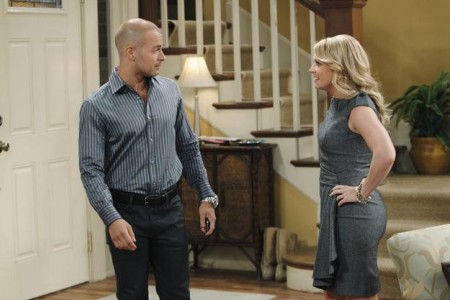 SheKnows: You both started as child actors. What’s the most valuable thing you learned from that experience?

Joey Lawrence: In the era I grew up in was the tail end of a great period and I was able to work with people who were on The Dick Van Dyke Show and Mary Tyler Moore. I was doing Bob Hope Christmas Specials and we went to Rome with Andy Williams. I was able to tap dance with Sammy Davis Junior in Vegas. I didn’t realize that I was (working with) these greats at five and seven years old but that’s the training. If you don’t put your best foot forward 100 percent of the time, you’re gone. You’re cut. You learn how important work ethic is. I appreciate that.

Melissa Joan Hart: The whole thing is an education, every minute of it from the auditions to finding out that you’ve been cut out of a movie. I was in the movie Crocodile Dundee. I was in the movie Aliens. I was cut out of both of them. You find that you have a lot of rejection and you learn young that you have to let it go and if you don’t have thick skin you aren’t going to make it. All my friends, including this guy here (she reaches out to Joey), were people I met in audition rooms. The people around me were child actors but I also had my life at home with Girl Scouts and dance lessons. My life was a mixture of both.

Growing up in Hollywood

SheKnows: Was it nice to have skipped the era we’re in now where every little mistake young stars make is captured on camera or video? 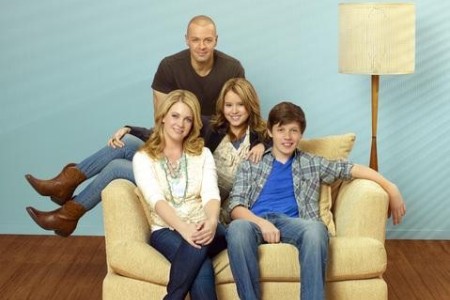 Melissa Joan Hart: We have a very good line in our show where Nick Robinson who plays (her nephew) Ryder says, “What did you do before Facebook and Twitter?” and you say…

Joey Lawrence: “Well, I had useless information. I just kept it to myself [laughs].”

Melissa Joan Hart: It’s true and that’s what people need to learn. I have a problem with it. I’m addicted to Twitter. I think everything I have to say is brilliant and people should hear it.

Joey Lawrence: I have a problem in that you have to be on Twitter (as an actor anyway). In order to be a part of the viral community, you have to. It’s a prerequisite now for you to be an entertainer or a politician. If you’re not, you’d better get on the highway because the cars are moving and you’ll be on the sidelines. I can’t stand it but you have to.

Melissa Joan Hart: You’ve got to be a little controversial too if you want to stand out from everybody else.

Joey Lawrence: I tweet naked photos of myself every now and then. No body parts and out of focus but…

Melissa Joan Hart: I’ve seen them. I tweeted that I didn’t like Piers Morgan’s reporting on the royal wedding. He heard it and tweeted back that he thought I did crap acting on Sabrina so I got worried but I ended up getting more followers. You learn that “Oh, my God, if I do something bad I get rewarded for it.” So, it’s a tough time right now. 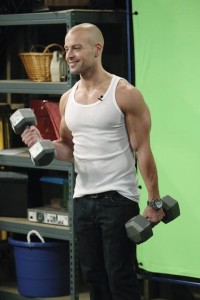 SheKnows: The show is starting up again in the summer. Do you two have any memories of a great summer as a kid?
Joey Lawrence: Summers were great for me and my family. We’d rent a house in Ocean City with my grandparents and I’d bring my best friend. Later we’d go to Disney World because normally, I was working for Disney. You’d go there and work for two days, then two weeks of play. All of our summers were great.

Melissa Joan Hart: My summers were riding bikes with the kids in the neighborhood and my dad’s a lobsterman so we would just get on his boat and go to Fire Island. Then the tide would go out and our boat would get stuck and it was exciting and we’d have bonfires and cookouts on the beach.