A few male stars of Transformers: Dark of the Moon — Shia LaBeouf, John Malkovich and Tyrese Gibson, along with their director Michael Bay — recently gathered to discuss their highly anticipated third film in the Transformers franchise.

Shia LaBeouf immediately addressed the question that was on everybody’s minds: How was it to move on in Transformers: Dark of the Moon without Megan Fox and how did newbie Rosie Huntington-Whiteley make the transition from supermodel to big screen actress? 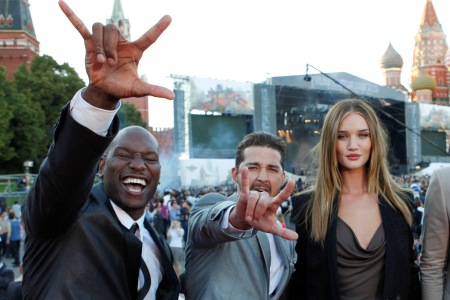 Meanwhile director Michael Bay, John Malkovich and Tyrese Gibson gab about how the bigger is better mentality of the Transformers franchise fits them all to a “T.”

Transformers: Dark of the Moon men move us

SheKnows: Shia, did you miss Megan Fox while shooting the new Transformers movie?

Shia LaBeouf: Well, Megan was a good friend. I enjoyed Megan when she was here. I was presented with a different script with a different role. These two people have completely different energies. Rosie’s an incredible actress. This is her first one out of the gate and she soared. And it takes a lot of strength to be in this position. And Rosie is very poised and great at her job. I think they’re both very good at the job. I enjoyed Megan. I enjoyed Rosie. I think they’re both great actresses.

SheKnows: And how do you think Rosie fits in? 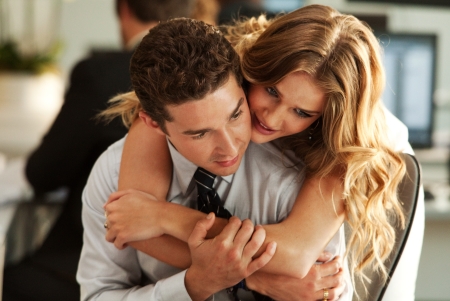 Shia LaBeouf: For the fans, I think it’s beneficial to have a new set of eyes. Because in the first movie, what you had is you had this discovery of these people, seeing these robots for the first time. And that was one of the most magical parts of the movie. And you lose that in the second movie, because the two characters are vetted. So selfishly, it hindered my performance because I had less to chew on, and it hindered her performance, as well. And I think it hindered the movie [laughs]. Here, you have a fresh set of eyes in Rosie. And what that does is it makes Sam more heroic. When two people have vetted at the same status, they’ve been through the wars together, there’s nobody for Sam to be heroic to, or for. This just ups the heroism in Sam and therefore makes my character more interesting. So selfishly, I was very happy that Rosie was here [laughs].

SheKnows: Whether it’s Rosie, or Megan in the first two films, what does that female presence mean to such a boy-centered set?

Shia LaBeouf: Obviously, these women are very beautiful, clearly. But also, I would hope people would be envious that I’m seen with John Malkovich or Patrick Dempsey — the whole cast is really strong. But yeah, I’d be lying if I said, you know, it’s not a pleasure to be around these women, especially because there’s so much machismo in this set. Rosie would always come to the set with levity, joy — a break in the monotonous — which you needed. She was sort of like the cheerleader for all of us.

SheKnows: Patrick, shooting Grey’s Anatomy and shooting Transformers: Dark of the Moon had to be so different. How did you find the experience? 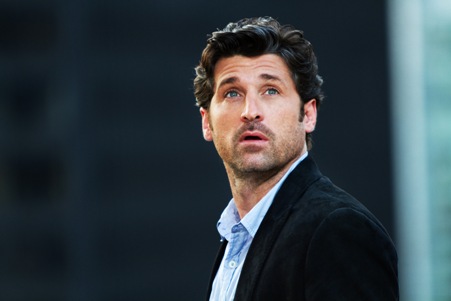 Patrick Dempsey: That’s the most fun I’ve ever had on a movie. Really, it was so much fun. [Laughs] I had a great time. We laughed a lot and we worked hard. Michael works very quickly — which is exciting — so the days go by very fast. It was also fun to play a character that is unexpected. Can you trust him? I was thrilled to have that opportunity, and very lucky to be a part of this movie and to be with this group. And as an actor, you just want to constantly keep surprising people. That’s very inspiring. Michael’s a wonderful director. And I truly fell in love with cinema again doing this movie.

SheKnows: Tyrese, whether Fast Five and its franchise or this film with cars turning into Transformers, do you personally enjoy cars?

Tyrese Gibson: I’m a big fan of cars. I’ve tried my best to get as many cars as I could over my years, and make sure that they’re as fast as legally safe. I love adrenaline [laughs]. I don’t know, Fast Five is a different type of movie, different kind of cast and a different type of energy. For me, I didn’t grow up watching Fast and the Furious — I grew up watching Transformers. When Michael approached me about Transformers all of six years ago, I tried to keep my composure when he asked me, “Hey, man, you know, I’m supposed to be doing this movie, Transformers. Would you be interested?” And I was like, “Yeah, man. Hell, yeah.” But on the inside, [laughs] I was jumping up and down, going crazy. As far as I’m concerned, you can do movies with cars all day, but they won’t transform. So this is always gonna be the biggest and the best of them all. 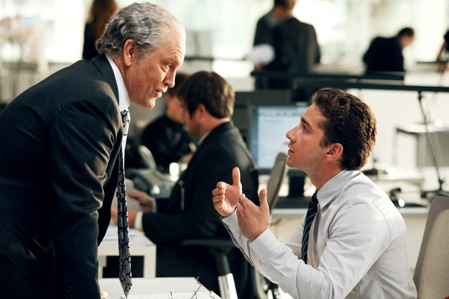 SheKnows: John, you have gone from serious drama to blockbusters, was that always the plan?

John Malkovich: Well, for me, I never really mind what the genre of a film is. It doesn’t really matter to me. It’s always fun to do things like Transformers, a film with a certain amount of action and a great amount of fantasy. I always like it. I don’t do it a lot because I’m not asked to.

SheKnows: Michael, did you talk to the 3D man of the moment, James Cameron, about making Transformers 3?

SheKnows: Michael, this film deals with the end of the world. Do you believe there will be one? 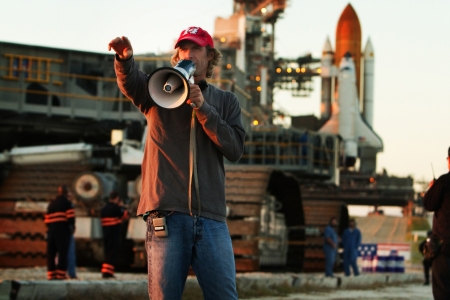