Kim Kardashian has set a wedding date — and the big day will be sooner rather than later! 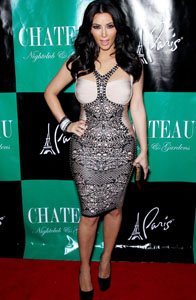 Has Kim Kardashian set a wedding date? Friends say she has — and we can expect the big day to happen sooner rather than later!

A pal told PopEater that the nuptials are happening this summer.

“The date that close friends of the family are being given is toward the beginning of August. They are looking at private estates in Los Angeles, since location will make it much easier for guests flying in to attend,” said the source.

One guest who has already received a save the date is none other than Kathie Lee Gifford.

“I’ve been told a particular date. Darn right I’m going to that wedding!”

An August wedding date gives Kim just enough time to polish up that huge wedding ring of hers, hammer out the details of her prenup and get the E! film crew in place — because of course the network will be airing the wedding in a two-hour special.