Ashley Hebert was still hung up on Bentley Williams’ “dot, dot, dot” this week on The Bachelorette and we were just trying not to cringe at her foolishness. Read on to find out if she took the evil man back or if he left Hong Kong with his tail between his legs.

We didn’t even get a chance to prepare ourselves for Bentley Williams’ return before he was quickly shoved in our faces at the beginning of Monday night’s episode of The Bachelorette. 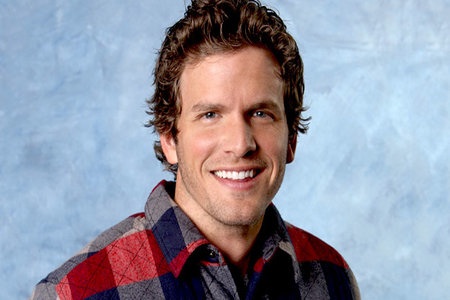 The return of Bentley

Even with the background of beautiful Hong Kong welcoming Ashley Hebert, she still couldn’t stop obsessing over Bentley Williams, so Chris Harrison revealed the notorious villain of The Bachelorette was in the hotel during the first five minutes of the show.

It took her all of five more minutes to show up at his door — cue the most awkward moment in the history of The Bachelorette, at least in our opinion. It was like a giant game of ping pong. She told him the “what if” bothered her and he told her that he meant it when he said that if things didn’t work out with the other guys she should look him up. Thank goodness he manned up and told her that she should move on and not think about the “dot, dot, dot.”

The outcome of Bentley Williams flying across the world to say they should put a period on the end of their relationship was Ashley’s ah-ha moment. We honestly believe at the time, she thought he was there to return. She changed her tune, however, when she wised up and told the camera, “Bentley, if you’re watching this, (expletive) you! I’m done with you!”

Ashley moves on with her dates

Ashley Hebert put the drama with Bentley behind her, for now, and went on a few dates. The first date was with Lucas. This couple kind of bored us. They walked the streets of Hong Kong and while she kept telling us in her voiceover she’s over Bentley, why did she feel the need to keep saying it?

Lucas and Ashley ate, rode a boat and quite frankly put us to sleep with the dreary talk of his divorce. 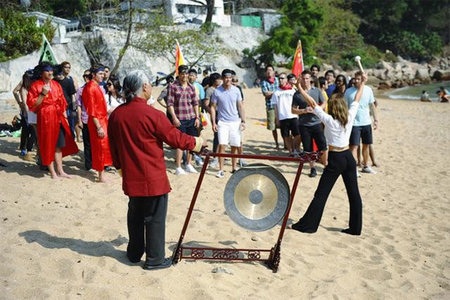 Ryan, Mickey, Constantine, Ben F., Ames and Blake got to test their competitive skills, again, with a dragon boat race. What a way to spend a group date — boat racing!

The men were split into teams and had to form a group from the town locals. Fast forward to all of them finding a crazy team of misfits and the race was quite civil with Ames and Mickey sailing to victory.

During the evening party, Ames tried to take his relationship with Ashley to a new level with some elevator kisses and she wasn’t complaining. Ryan wormed his way into getting one-on-one time with Ashley that looked a lot like a one-on-one date — why does he keep getting roses? She even changed her dress!

During her one-on-one date with J.P. you could feel the sparks between the two as they dined under the Hong Kong sky. We almost thought the mood would be lost when she told J.P. about Bentley Williams, but he understood her need for closure and kissed the heck out of her instead of walking away. The last date rose was taken.

Ashley decided to come clean with the guys about her meeting with Bentley and it didn’t go well at all! Lucas was absolutely not having any of it. He went as far as to say he was done! Blake also freaked out and questioned Ashley, but she turned on the waterworks and he caved. There was one man who just couldn’t handle it — Mickey.

Ashley gave him the freedom to leave if he didn’t feel the honesty was there and he took it. This was after he challenged her to send him home.

As for the roses, we already knew Lucas, Ryan and J.P. got roses on the dates. She also gave roses to Constantine, Ben F. and Ames, sending home her dentist buddy Blake.

What did you think of Bentley Williams’ return and the guys’ reactions? Was it kind of anti-climactic?