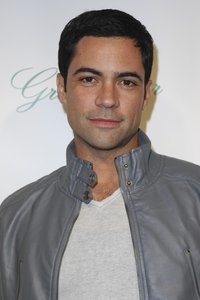 He’ll basically be filling a hole left in our hearts by Christopher Meloni. Okay, that was a little much.

When it was announced Christopher Meloni would be leaving the role he made famous, Detective Elliot Stabler, it left a lot of fans in a tizzy but they eventually came around to the idea of him moving. Hello, he was just attached to the new Superman film!

Anyway, back to Danny Pino and the latest SVU casting. Pino isn’t the only name confirmed to be joining Law & Order: SVU. Former Chase star Kelli Giddish has also been added to the roster.

So, who will Danny Pino and Kelli Giddish be playing? At this time, all we know is that they’ll be put into the roles of detectives in the Special Victims Unit of the New York Police Department. That is not really much to go on. Most of the characters are detectives.

As previously reported, Mariska Hargitay is going to be scaling her role back as the 13th season of Law & Order: SVU goes on.

Do you think Danny Pino and Kelli Giddish will take our minds off of missing Chris Meloni and eventually Mariska Hargitay?