Think your dog is ugly? Check out Yoda, the 14-year-old Chihuahua that wowed the judges with her protruding tongue, crazy eye and patchy hair to win the title of World’s Ugliest Dog.

Dog owners from all over the world gathered at the Sonoma-Marin Fair in California to compete in the World’s Ugliest Dog Contest. The winner was Yoda, a gangly Chihuahua with a cloudy eye, protruding tongue and puzzled look on her little face. 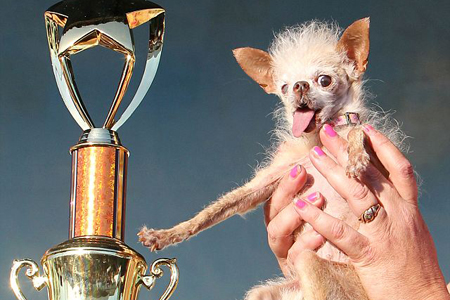 The dog’s owner, Terry Schumacher, said she found the dog outside and thought it was a rat, before discovering she was a homeless dog, and took her in. Little did she know that her ugly dog would be an instant celebrity after beating out 30 dogs to win $1,000 in the World’s Ugliest Dog contest (along with other “pet perks”).

Check out Hercules, who is a blind pug that lost out in the World’s Ugliest Dog Contest. Beauty is definitely in the eye of the beholder with this pet owner! 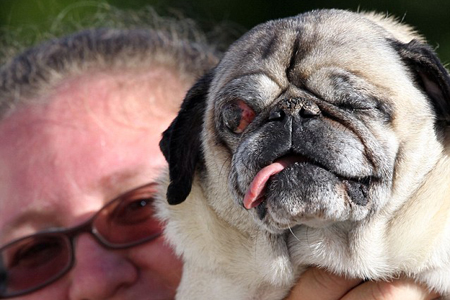 Another worthy contestant: Handsome Hector who proudly shows off his protruding tongue, hairless body and crazy tuft of hair. 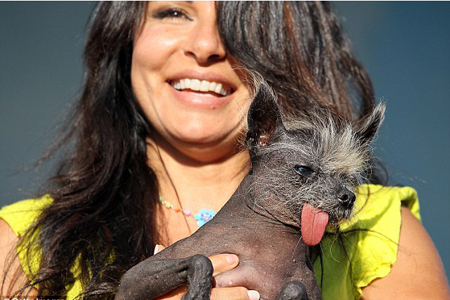 I had to include this handsome gal. The pearls set off her frizzy hair perfectly, don’t you think? 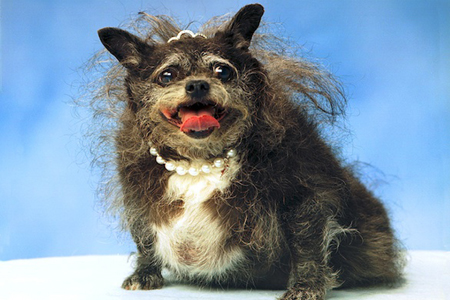 The World’s Ugliest Dog Contest celebrates its 23rd anniversary in raising awareness and “celebrating ugliness” in rescue dogs. They are so ugly, I have to admit they are kind of adorable!