Prince Harry is single, but he doesn’t have enough time to mingle.

Shhhh. Do you hear that? That’s the sound of 10 million girls squealing in glee now that Prince Harry is single. His royal hotness confirmed to the UK Daily Mail that he’s not seeing anyone — not Chelsy Davy or Pippa Middleton, thankyouverymuch. 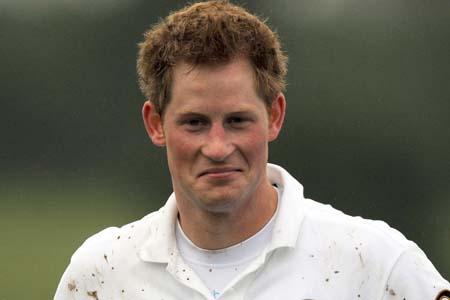 “Pippa? Ha! No, I am not seeing anyone at the moment,” Prince Harry said. “I’m working a lot at the moment, so dating and watching TV are the last things I have time for.”

The spare prince reportedly broke it off with Davy for good in May, according to the daily newspaper.

So, apparently there’s no truth to the rumors that sparks were flying at the royal wedding between Prince Harry and Pippa and no ‘secret’ dates are happening. Instead, they’re both just a couple of people with a bunch of things in common, according to Harry.

No word if there’s any truth to the rumors that Prince Harry calls Pippa ‘Commando’ after her supposed underwear-free day at the royal wedding. Pippa is rumored to have a name for Harry too — ‘Captain.’

Pet names, similar interests and common backgrounds? Smells like a budding romance to us. However, we’re more interested in snagging the red-headed rebel for ourselves — yeah, yeah, we’ll keep dreaming.

Who do you think Prince Harry should date next?