Are your kids going into Toy Story withdrawals? Tom Hanks says that Woody, Buzz and the gang could be gearing up for another adventure with Toy Story 4.

The Toy Story franchise has been extremely successful for Pixar, with the last film, Toy Story 3, bringing in over $1 billion worldwide as well as earning an Oscar for Best Animated Feature. It came as little surprise when Tom Hanks, who voices Woody, told BBC that a Toy Story 4 may be in the works. 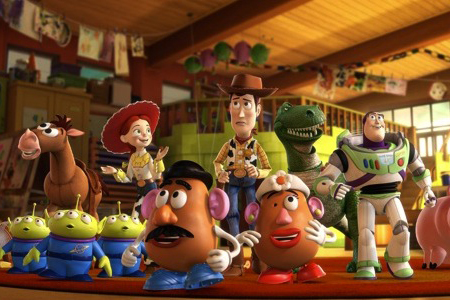 “I think there will be, yeah. I think they’re working on it now,” he said when asked if a Toy Story 4 was in the future.

Although he didn’t say whether he would be involved in Toy Story 4, we couldn’t imagine Woody being voiced by anyone else! Tim Allen, who voices Buzz Lightyear, is under contract for a fourth film.

Pixar has not commented on the Toy Story 4 rumors, however, director Lee Unkrich told MSN last year that they didn’t think they would do a Toy Story 4, but will “find ways to keep the characters alive” with movie shorts. “We’re going to keep them alive; they’re not going away forever,” he said.

In the meantime, your kids can get their Toy Story fix by checking out the short Toy Story: Hawaiian Vacation which is being shown in theaters with Cars 2. Pixar is also releasing a new story with Buzz Lightyear, Woody, Rex and the evil Zurg, that will be featured in a new digital book and toys.

Tell us: Would you be excited for Toy Story 4?

26 mins ago
by Sarah Mina Osman