Cars 2 sped to an easy win in the June 24-26 box office race. Bad Teacher‘s Cameron Diaz gets a decent grade, but comes in second with half the box office take. Ryan Reynolds’ Green Lantern kept just enough glow to stay in the top three, while Woody Allen’s Midnight in Paris refuses to bow out of the top 10. 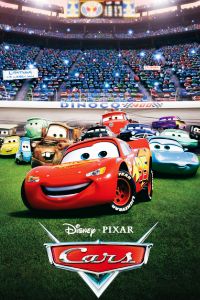 After some worrisome buzz about how much power Cars 2 had behind the wheel, this weekend, the Cars sequel raced to the head of the pack. It did better than expected, though it’s still no Pixar king.

With a $68 million opening pull, Cars 2 took first in the box office race, along with the titles of fourth highest-grossing June opening ever and fifth highest-grossing opening weekend for a Pixar movie. Cars 2 managed to beat its predecessor’s opening weekend and the story’s fun international flair gave it more gas overseas, for an additional $42.9 million take. While the cash number impresses, however, it bares mention that with 3D price hikes, the weekend’s bank actually reflects a lower attendance rate than Cars and several other Pixar flicks have boasted.

Cameron Diaz, Jason Segel and Justin Timberlake’s Bad Teacher, on the other hand, came in second with $31 million, marking a bigger opening than last month’s Bridesmaids. That’s half the pull of Cars 2, but doesn’t rely on any 3D price bump.

Green Lantern got pushed to a painful third by the new arrivals, following up last weekend’s unexciting $53 million opening with a mere $18.4 million. The movie’s $89.3 million take is not strong for a 10-day total. Green Lantern‘s poor play reflects poor word of mouth, in spite of stars Ryan Reynolds, Peter Sarsgaard and Blake Lively.

Super 8 also saw a slowdown, banking $12.1 million to come in fourth. With a $95.2 million tally in 17 days, however, J.J. Abrams’ mysterious sci-fi action flick is performing respectably, especially when put next to comparable big screen features like Battle: Los Angeles, Cloverfield and District 9.

Mr. Popper’s Penguins maintains a spot in the top five, but the Jim Carrey family comedy only banked $10.3 million, for a new total of $39.4 million. Seems more kids were lured in by Cars than Penguin action.

X-Men: First Class ($6.6 million), The Hangover Part II ($5.9 million), Bridesmaids ($5.4 million) and Pirates of the Caribbean: On Stranger Tides ($4.7 million) continue to stay in the game, placing in that order. X-Men and Pirates of the Caribbean: On Stranger Tides are both clearly looking to keep up the fight, showing just a slight dip in sales from last week; while The Hangover 2 and Bridesmaids were neck and neck for the weekend. Of course, there’s no actual contest between the wedding parties: Hangover 2 is boasting a $243.9 million total over 32 days, compared to Bridesmaids‘ $146.7 million take over 45 days.

Woody Allen’s Midnight in Paris refuses to budge from the top 10, again nabbing the last spot. This additional $4.5 million pushes the film’s total take to $28.6 million so far and suggests Midnight in Paris could become Allen’s top-grossing flick of all time. While it’s already beaten out more recent adventures like Vicky Cristina Barcelona and Match Point, Midnight is eyeing Allen’s old school faves Annie Hall, Manhattan and Hannah and her Sisters. Even if Midnight‘s final box office pull beats Allen’s heyday numbers, however, it will not likely boast the same attendance as his movies from the ’70s and ’80s.

This week, Transformers: Dark of the Moon premieres June 29, 2011, and hopes to blow away the competition. Tom Hanks and Julia Roberts’ star-studded Larry Crowne hopes to steal the comedy numbers when it drops Friday, July 1. Also out Friday are John C. Reilly’s Terri, a coming of age tale about an overweight teen, and the mistaken identity rom-com Monte Carlo, which stars Selena Gomez, Leighton Meester, Katie Cassidy and Cory Monteith. 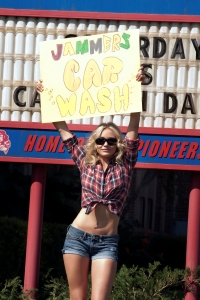