Michael Bay really wants you to see Transformers: Dark of the Moon — in 3D. The director is on a one-man mission to get viewers to trust the format again. He’s written a letter to fans encouraging them to watch the movie in the way he intended.

It’s no secret that movie theaters are bloated with subpar 3D films. We’ve all seen our fair share of train wrecks but Michael Bay doesn’t want us to give up hope. When he made the latest Transformers, he planned for it to be 3D. The film isn’t post-converted, which means the quality should be 10 times better than most of the 3D films currently in theaters. 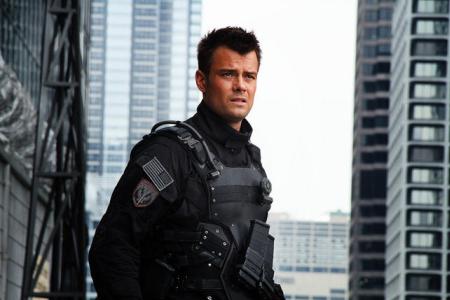 In a personalized letter, Bay appealed to consumers by informing them that the extra 3D cost will be worth it. He wrote, “Dark of the Moon has some of the most technically challenging sequences ever shot. And shot in 3D. I must urge you to find the very best theatre and see this movie in that format. 3D was a forethought, not an afterthought in this movie.”

Bay is also encouraging theater owners to allow their projectionists to show the film at full brightness. In some cases, the bulbs surrounding the screens are only at half-power. It’s a tactic theaters use to save money. Sure it’s cheap for them but it’s a rip-off for viewers.

So the question is, will you trust Michael Bay’s judgment? He claims that his crew “used and invented many new techniques to make the 3D sharper, brighter and more color contrast.” Is that enough to warrant your 3D ticket?

Transformers: Dark of the Moon opens on June 29.