There’s drama in the form of a lawsuit surrounding Lady Gaga and her Japan earthquake relief charity. Has the pop star been getting rich off well-intentioned fans? 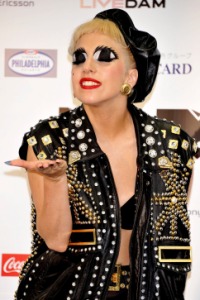 Lady Gaga is in hot water over claims she’s been raking in proceeds meant to aid in earthquake relief in Japan. The singer, seen here attending the MTV Video Music Aid Japan charity event on June 25, is named in a new lawsuit filed in the U.S. District Court in Eastern Michigan.

The lawsuit, filed by legal network 1-800-LAW-FIRM, claims 25-year-old Lady Gaga (identified by her real name, Stefani Germanotta) urged fans to buy her Lady Gaga Earthquake Relief Wristbands for $5 each but charged an excessive $3.99 for shipping.

The law firm claims to have uncovered evidence of racketeering through sources, including “a review of publicly available documents and interviews with confidential witnesses.” The first thing that tipped the firm off was sales tax being charged on a charitable contribution.

After a little digging around, an attorney for 1-800-LAW-FIRM tells E! Online, “Then it came to our attention that… not all of the money was going to charity.”

A request for comment from Lady Gaga’s rep was not immediately returned.

A note from Lady Gaga on her website reads, “I designed a Japan Prayer Bracelet. Buy it/Donate here and ALL proceeds will go to Tsunami Relief Efforts. Go Monsters. Little Monsters, show your support for Japan with this We Pray for Japan wristband!”

What do you make of the Lady Gaga charity lawsuit?