Chris Brown’s personal life is usually at the center of media headlines, but this time it’s his professional success that is front and center. The young singer is basking in his BET Awards redemption that put numerous trophies in the artist’s hands including Best R&B Artist.

Chris Brown will always be tied to his attack on singer Rihanna — that’s a given. But his showing at this year’s BET Awards proves he can rise above all the personal turmoil to produce a pretty kick-ass career. 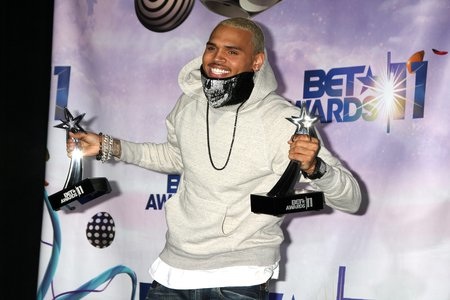 Chris Brown went into the 2011 BET Awards with a whopping six nominations, which put him one above Lil Wayne’s five nods. Let’s not forget, two of those nominations put Brown against himself in the same category.

Despite going ballistic in his dressing room on the set of Good Morning America back in March, Brown walked away with multiple BET trophies including Best Male R&B Artist of the Year and Viewers’ Choice.

“My fans are everything to me. I do this only for them. I appreciate all the support. I know it’s been a long road, so I appreciate every blessing in front of me,” Brown said while accepting his first award of the night.

While accepting his Best Collaboration award for Look At Me with Busta Rhymes and Lil Wayne, he said, “Public speaking is not my strong suit,” before handing the mic over to Lil Wayne. Oh, how we love his ability to brush off the dirt.

There was a bit of awkwardness when a fan presented the Viewers’ Choice award. She announced first that Brown had won and then took it back and said that Rihanna had won. It was revealed after the break that Brown had actually won.

Not only did Chris Brown slay his categories, he also set the stage on fire with a crazy-cool medley bringing Busta Rhymes front and center to take our breath away with insane lyrical stylings. 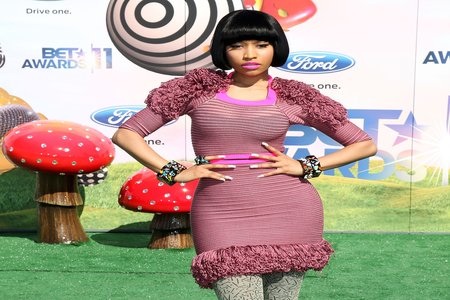 Other winners of the night included siblings Willow and Jaden Smith. The cute brother and sister duo took home the Young Stars award in a tie that left papa Will Smith beaming with pride from the audience.

On the hip-hop side, Nicki Minaj was shocked that she won the Best Female Artist award even though the rest of the world knew it was going to happen. Kanye West wasn’t there to give us some great commentary on his Best Male Hip-Hop award, which left us kind of sad.

Tell us what you think of Chris Brown’s professional redemption. Should his personal life be judged separate from his professional life? Obviously, with the amount of trophies he’s walking away with the answer is clear.